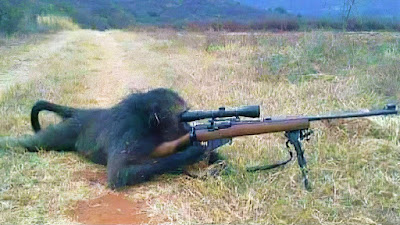 humans aren't the only intelligent creatures on the earth research proves that animals are. much smarter than most people realize many  primates and birds are able to use tools
and plenty of mammals show advanced cognitive  abilities even tiny insects can solve seemingly  complex problems by working together here  are the 10 most intelligent animals in the world :

there are two species of chimpanzees both of which are the closest living relatives to humans they make tools and use them to acquire foods and for social displays, they have sophisticated hunting strategies requiring cooperation influence and rank they are status-conscious manipulative, and capable of deception they can learn to use symbols and understand aspects of human language.

elephants exhibit mirror self-recognition and an indication of self-awareness and cognition elephants are known to use tools but are not as good as chimpanzees they are popularly thought of as having an excellent memory Elephants appear to have some the ritual around death and show a keen interest in the bones of their own kind.

several researchers rank dolphins at about the level of elephants in intelligence they are known to engage in complex play behavior and have great communication skills.

such as the kea are also highly skilled at using tools and solving puzzles.

rats show excellent problem-solving skills they have also been found to be actively pro-social they demonstrate altruistic behavior to other rats in experiments including freeing them from cages.

the octopus is considered the most intelligent invertebrate they show impressive special learning capacity navigational abilities and predator techniques it has also been claimed but strongly disputed that octopuses practice observational learning.

pigeons can be taught relatively complex action and response sequences and can learn to make responses in different sequences pigeons can also remember large numbers of individual images for a long time these were the 10 most intelligent animals in the world.