The 10 smartest animals on Earth according to Animal Planet 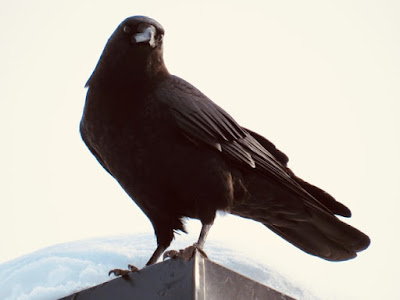 Our planet is home to a huge number of beautiful animals. Scientists and experts have long been trying to determine which of them is the most intelligent.

Mankind has been at war with rats for centuries, but we can't win. Some biologists believe that gray rats have a collective intelligence that controls the actions of each individual. This hypothesis explains a lot: both the speed with which the gray rodents have dealt with other species and their success against humans. We may hate these gray rodents, but when you recognize their abilities, there is an involuntary feeling of respect. The rat is a true super organism, capable of living and thriving in almost any environment, whose survivability has been practiced for 50 million years.

Octopus is one of the most intelligent sea creatures. They can play, distinguish different shapes and patterns (like colored light bulbs), solve puzzles, navigate mazes and have short- and long-term memory. As a sign of respect for the octopus's intelligence, some countries around the world have even passed laws mandating the use of anesthesia before performing surgery on them. Octopuses are very curious, which is usually associated with intelligence. In nature, they sometimes build their shelter homes out of rocks - this, too, is evidence of a certain intellectual level. Various experiments show that octopuses have an excellent memory. And an animal's "intelligence" is primarily determined by its brain's ability to remember experiences. When memory is all right, the next step is intelligence, which helps to draw conclusions from the experience.

Pigeons can be found in large numbers in all major cities, and most of us think of these birds as "bad" creatures that get underfoot. But numerous scientific experiments show that they are very intelligent birds. For example, pigeons can remember and recognize hundreds of different images after many years. A group of scientists from Keio University in Japan showed through experiments that blue pigeons are able to recognize themselves in the mirror better than young children. Before these studies, it was believed that only humans, primates, dolphins and elephants had such abilities. Useful skills of pigeons have always been valued. For example, these birds' ability to find their way home and quick flight made their use for mail transmission possible.

One of the well-known distinguishing characteristics of squirrels is their ability to store nuts for the winter. Squirrels do not hibernate and must find up to 3,000 hidden nuts to survive. Some kinds of nuts they bury in the ground, others they hide in tree hollows. This work requires incredible effort. Thanks to their phenomenal memory, squirrels can remember the location of a nut two months after it has been buried. Fantastic! Squirrels also have their own thieves, who decide not to get the nuts, but wait and watch from an ambush until other squirrels start stocking their winter rations. But for every action there is a counter-action. If a squirrel notices that it is being watched, it pretends to bury its food. While the thief wastes time on the empty hole, the squirrel moves his nut to another, more secret place. Isn't this the best proof that squirrels have intelligence? Studies show that squirrels have excellent spatial orientation, and already from the ground they can see which hole leads to the nuts. Squirrels do not hesitate to get into the right hole leading to the food.

Crows are extraordinarily intelligent animals. Scientists believe that their capacity for analytical thinking is not inferior to that of higher primates. Crows understand better than many people what red and green lights mean when crossing the street. Crows living in the city collect nuts from trees and put them on the roadway under the wheels of passing cars to crack the shells. Then they wait patiently, waiting for the necessary light, return to the road and pick up their peeled nuts. An impressive example of innovation in the animal kingdom! It's not the fact that crows have learned to do this that matters, it's the other thing that matters. This method was first noticed in crows about 12 years ago in Tokyo. After that, all crows in the neighborhood adopted this method. Crows learn from each other-that's a fact! Another example from Sweden. The researchers noticed that the crows are waiting for the fishermen to cast their rods into the water, and when they move away, the crows fly down, reel up the rod and eat the fish that was the bait.