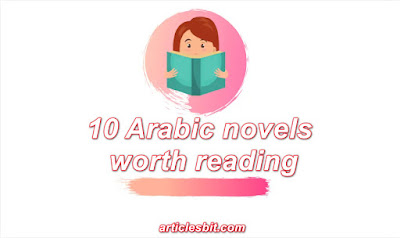 If you were among the readers of our previous article, the 10 best books to read in the twenty-first century, you have no doubt noticed that the books contained in it are not Arabic but rather translated from other languages. And because we know that there are those who prefer Arabic novels, we have compiled a list of ten Arabic novels worth reading according to a Goodreads user vote.

A novel by Munther Qabbani and published in 2006. Its title forms a political idea that is tempting to discover. The novel takes place over two times, in 1908 at the end of the reign of Sultan Abdul Hamid II, and in the present through a Saudi businessman going through a mysterious accident during a business visit outside Saudi Arabia.

It was published in 2010 by the Egyptian Dar Al-Shorouk by Radwa Ashour. According to her perspective, she discusses fundamental issues such as immigration, identity and asylum. The author brilliantly conveys different images of the human suffering in the camps, the nature of life and traditions in Lebanon and Palestine.

One of the most famous books of the author of the novel The Yacoubian Building. Alaa Al-Aswany excelled in Chicago as well as in the rest of his writings, as he was able to observe various features of the life of Egyptians in the American city of Chicago. Qalam Al Aswany penetrated into the daily details of the protagonists of the novel, and through that attempted to uncover the condition of the Levantine in Western societies: the situation surrounded by a lot of hesitation, ambiguity and anxiety.

A novel set in the "Vertigo" bar, which is a meeting place for businessmen and the velvet class of society. Ahmed Mourad chose it as a space for his novel to tell a story full of adventures and secrets, over 383 pages. The events of the novel were filmed in a television series in 2012.

Issam Youssef's novel is not an imagined story based on reality, but rather the reality itself. Essam tells the experience of a friend of his with addiction, through which he seeks to convey a clear message to all addicts in order to help them quit.

The novel takes us back about 500 years to the past, specifically at the end of the 15th century. The writer Radwa Ashour leads us on this time journey to discover the circumstances surrounding the fall of the Islamic kingdoms in Andalusia, and the fall of Granada in favor of the kings of Castile and Aragon. It is an enjoyable journey through history silently named in the list of Arab novels worth reading.

It is worth noting that the Granada Trio is taught at the prestigious Harvard University, which ranks third in the world's best universities.

The novel was released in 2008, and in 2012 it managed to get the Anube Award for best novel translated into English. Yusef Zaidan's novel is a contemplative study of the sectarian conflict between Christian sects, as he broke into monasteries, churches, and the lives of monks. The novel, according to critics, is a noble attempt to convey to the reader a value load, whose focus is an emphasis on a culture of tolerance and acceptance of difference.

The origins of the word utopia go back hundreds of years BC, specifically towards the time of Greek philosophy and the Platonic attempts to theorize the world of the virtue city. Ahmed Khaled Tawfiq was inspired by this term to name the city that forms the scene of the events of his novel, but he depicted the city of the rich instead of the city of the proverbial city, and against it another city whose inhabitants live in extreme poverty. The story is based on a wealthy young man trying to sneak to the other side to break boredom and the rules.

A novel written by Ashraf Al Ashmawy. Through it, he tries to present his point of view on the many events related to Egyptian society in an exciting fictional format.

Written by Ahmed Mourad and published in 2010, a movie entitled “Eight years later” will be released. It is one of the Arabic novels that deserves to be read, thanks to the distinguished narrative style of its author, in which he maintained an interesting and interesting tone throughout its events.